An ecstatic experience brings you closer to reality shaping.

A relationship between people is what they agree with one another.

The pillars of ecstasy contain mental and physical pleasure, the guidelines of good experiences and ecstasy. Through these pillars, the Temple studies hedonism, suffering, and human relationships. In short: Naos tis Chrysalis considers pleasure, lust, ecstasy and good sensations to be incredibly positive things.

Certain religions and worldviews, such as Buddhism and certain Christian sects, frown upon desire. According to Buddhism, a person suffers because he constantly thirsts for more: pleasure, being and nothingness. The philosophy claims that enlightenment can only be reached when desire, and therefore suffering, ends. It is true that an individual’s suffering can be influenced in this way, and it’s also true that if one expects nothing, one also does not experience disappointment. Yet I don’t see this as a global solution suited for everyone: Imagine a situation in which nobody in the world desires anything. The desire to have often goes hand in hand with motivation. If nobody had the motivation and desire to, for example, develop, nothing would ever move forward. One might counter this with the question: Why should we develop? Development means the change of something toward an improved direction. If the need for development ended, we would end up unfinished, our true potential unrealized. You have been gifted an innumerable amount of options, potential, skills and mental power. It would be a sad, absurd waste to not take advantage of the gift of humanity, which nature has bestowed upon us.

The Kaleidoscopes are categories of reality-studying within the Temple Of Chrysalis, which we will return to in a later chapter. Especially the Kaleidoscope of Trogonoptera studies suffering and the purpose of its existence. Trogonoptera is both the opposite and parallel kaleidoscope of Lampoptera, which in turn studies pleasure and creativity.

Pleasure has been demonized, and in some ideologies labeled un-spiritual in some way. Yet you don’t need to study very far to make an interesting discovery: the reasons for labeling pleasure as un-spiritual are worldly indeed, such as envy, possessiveness and the need to control. This kind of mindset is especially common in patriarchal cultures, where one binary gender has an easier time expressing its sexuality, than the other.

However, pleasure is not to be feared! Pleasure is an altogether fantastic thing. Pleasure invigorates, excites,  influences and causes new kinds of vibrations and energy. Pleasure is magical. And pleasure does not mean only the sexual, but whatever gives an individual pleasure, whether it be a cupcake buffet, the sauna, a walk in nature, or exercise.

The pursuit of pleasure and the central role of it in the temple makes hedonistic traits a part of the philosophy of Naos tis Chrysalis. At the same time, a Chrysalid must be vigilant about controlling their hedonism. An individual who repeatedly gains pleasure from the same source tends to develop a tolerance to it, therefore it is advisable to find several sources for one’s pleasure. Addiction is not the goal. Addiction is the insatiable desire for that which we do not truly even want. The less a source of pleasure gives us, the more we use it.

The Paradox of Hedonism has some notable viewpoints, but I do not entirely agree with its philosophy. According to the paradox, pleasure cannot be gained by seeking it, and a pleasure-seeking person gains less of it. According to it, we could not choose to enjoy a walk outside whilst in a bad mood. I disagree with this. There are countless ways to change one’s state of mind. This change can be made in spiritual or mental ways, or by seeking situations that you know will affect your state of mind for the better.

Pleasure comes in many forms and exists on many levels. According to secret knowledge, an ecstatic experience brings us closer to reality shaping. In short, when pleasure turns into climax, an ecstatic state or a trance, we are close to an unnameable barrier. Here, we are in close proximity to our subconscious and our totality. In this state we are vulnerable to all manner of influence – and we can use this to our advantage. Our vibrations and our energies move onto different levels.

The pillars of ecstasy occasionally consider human relationships. According to the Pillar, “a relationship between people is what they decide it is.”

This means that Naos tis Chrysalis does not determine whether a person should be monogamous or polygamous, for example. The important thing is that the terms of the relationship are clearly communicated, and that everyone involved consents to them. The Pillar encourages not only personal liberty, but also taking responsibility for one’s own physical and emotional wellbeing.

I occasionally run into the idea that the sexually liberal and polyamorous only wish to “sleep around.” This makes me think of two things:

Firstly: What exactly is wrong with the desire to “sleep around”? Take a moment to consider, and weed out all your preconceived ideas and stereotypes. The only negative part of this statement is how it is presented. If “sleeping around” means that I have a higher libido than the average person, and that I wish to express my sexuality with freedom and variation – yes, I want to sleep around. At my own discretion. A high libido does not automatically mean irresponsibility. During my conversations on the topic, I’ve also never met a person who has only ever had sexual thoughts about a single person.

On the other hand, my openness on the subject has made me increasingly selective and responsible. I am critically strict about making sure that everyone involved is on the same page and that everything is all right. The majority of the challenges I’ve faced have come from partners who were used to monogamy. I would assume that the reason for this is that a couple in an open relationship must be vigilant about communication. This is the culture of polyamory: trust and communication. Of course, communication and discussion is crucial in all kinds of human relationships, but it is especially important in an open one. A part of it is the understanding that rules will be followed and protection will be used, for example. In an open relationship, something incredibly valuable is brought to you on a silver platter: freedom. If that freedom is abused and rules are broken, it’s like a slap in the face of the other party.

My friend once put it very well: You might have a favorite type of chocolate, but occasionally it’s nice to taste a different kind – and then return to your favorite. For some, however, monogamy is the answer. Open relationships are not for everyone. Jealousy can be found in both relationship types, but the processing, reasons, and consequences are different. Our minds are still used to the idea that “what is given to others is taken from me.” It’s an attitude I understand well. It doesn’t have to be that way, however. If one party demands that the other may not ever even glance in another’s direction, that is an unrealistic demand indeed.

And yes. For some, sex simply isn’t “the thing.” That’s also perfectly allowed, perfectly acceptable and completely ok. The temple encourages monogamous members to make sure that both parties are on the same page, because an unwilling person should never be pressured or forced, nor should a person of high libido be locked in a cage.

And so each individual creates the rules of each individual relationship. One might be monogamous, but allows kissing others. Another is open and allows casual sexual encounters, but no other relationships. A third is polyamorous and builds a romantic relationship with several people. Another yet feels no need to specify their relationships in any way. The attitude between two people is between them only and has nothing to do with other people.

(Thank you for the translation to an anonymous Chrysalid!) 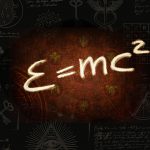 The Pillars of Reality

Making use of emotions 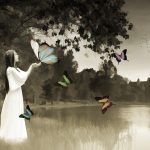 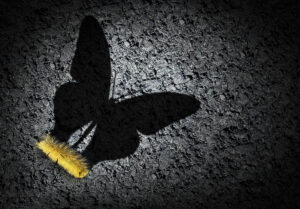 A Slacker or a Whip? – The spiritual contradiction of the Imago 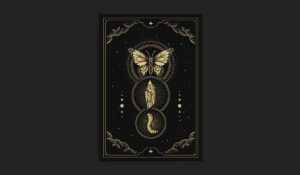 The path of initiation, and entering it, in the Temple of Chrysalis 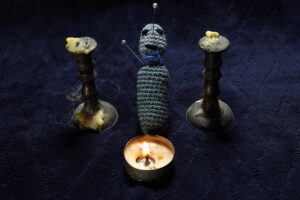 Social Revenge – Understanding revenge and why you should rise above it 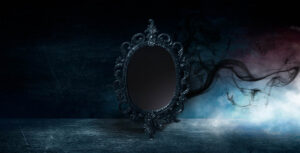 Mirrors – The basics of mirror magic