Through Chrysoteria, the aim is to learn about the esoteric system that is fundamental to the Temple of Chrysalis. Since the members have a wide range of spiritual knowledge and experience, this article will identify some basic themes that will help you with your understanding and progress.

What is the Occult?

The word “occult” comes from the Latin word occultus which means “hidden” or “secret.” It was originally used to describe that area of knowledge that dealt with the hidden realities, i.e. – the spiritual reality of God. This is because God as we know it is invisible, remains hidden, and any knowledge of God is considered “hidden” knowledge.

The general definition of the Occult is any beliefs or practices that are not covered by orthodox religion or secular science. It relates to magick[1], astrology or any system that uses or has knowledge of secret, supernatural powers or agencies. Usually it is considered to be anything spiritual that does not belong to the major Abrahamic religions (Judaism, Christianity and Islam).

Occultism would be the study of these subjects, and there are many that range from Alchemy to Yoga with many others in-between.

The areas and terminology that this article will touch on are:

However, please bear in mind, that these descriptions are simplifications of elaborate ideas, and we would highly encourage members to do their own research into these areas to gain a more comprehensive knowledge of the subjects.

A basic definition found in the Oxford English Dictionary –

“The medieval forerunner of chemistry, concerned with the transmutation of matter, in particular with attempts to convert base metals into gold or find a universal elixir.”

It can also be defined as:

“A medieval chemical philosophy having as its asserted aims the transmutation of base metals into gold, the discovery of the panacea, and the preparation of the elixir of longevity. “

For most people, their first introduction to the concept of Alchemy is through the book/film of Harry Potter and The Philosopher’s Stone. In the film, The Philosopher’s Stone was a legendary alchemical substance with magical properties created by the alchemist Nicolas Flamel. This ruby-red stone could be used to create the Elixir of Life, which made the drinker immortal, as well as transform any metal into pure gold.

What people might not be so aware of, is that Nicolas Flamel was a real person, and actually was credited with creating the real Philosopher’s Stone, which was said to turn base metal into gold, and also the Elixir of Life that made him immortal.

There is also a spiritual side to Alchemy, it could be summarised by, “While physical alchemy deals with altering and transforming the properties in the physical world, spiritual alchemy is connected with freeing your spiritual self from your fears, limiting beliefs systems, and lack of self-acceptance. Alchemy is the art of transformation, inner liberation, and change.”

1. Calcination: Breaking down our egos, self-doubt, self-sabotaging behaviour, and pride so that we may reconnect to our natural state of being.

2. Dissolution: Taking a step back and observing ourselves, both positive and negative qualities, and not allowing ourselves to base our sense of being on either.

4. Conjunction: Allowing for our unconscious thoughts to come to the surface so that we may observe them with conscious awareness.

5. Fermentation: This is the first stage in the process of rebirth. It is both the death of our old thoughts, patterns, and beliefs, and the beginning stages of the birth of our highest self, through inner peace, stillness, and introspection.

6. Distillation: A deeper level of purification asks us to look for inner peace in the mundane of our daily lives. This stage is also known as the state of enlightenment.

7. Coagulation: In this state, the universe is no longer separate from the inner mind or spiritual reality, but rather a reflection of it. What we think, we create.

A basic definitions found in the Oxford English Dictionary:

“the attribution of a living soul to plants, inanimate objects, and natural phenomena.

the belief in a supernatural power that organizes and animates the material universe.

“a village steeped in ancient animism and rituals”

If you come from a Pagan background, you will probably have some idea of what Animism is, as most Pagan spiritual practices include the belief that all things have some kind of energy/soul and can be communicated with. Some examples of this are, Druidry, Native American practices, some sub Saharan African religions, and the Japanese religion Shinto.  Animism also deals with the communication between yourself and such spirits/energy. Unlike other practices such as Goetia, it is about appeasing the spirits, and only once they are pleased, can you make requests. It’s is about co-operation, rather than domination.

Esotericism is the catch-all phrase for the framework, procedures and practises within a spiritual pathway, a multi-disciplinary field of spiritual knowledge contained within all religions which concerns the principles and qualities of magic and mysticism. Abrahamic religions tend to call it Theology, because the word Esoteric is often used interchangeably with Occultism.

As the Temple of Chrysalis is an esoteric system, there will always be a hidden (occult) or special (esoteric) meaning behind all it’s symbolism and practises. [Hint! Hint!]

Gnosticism (after gnôsis, the Greek word for “knowledge” or “insight”) is the name given to a loosely organized religious and philosophical movement that flourished in the first and second centuries CE. Gnosticism, as an intellectual product, is grounded firmly in the general human act of reflecting upon existence. The Gnostics were concerned with the basic questions of existence or “being-in-the-world” that is: who we are (as human beings), where we have come from, and where we are heading, historically and spiritually

These writings have influenced the Western esoteric tradition and were considered to be of great importance during both the Renaissance and the Reformation. The tradition traces its origin to a prisca theologia, a doctrine that affirms the existence of a single, true theology that is present in all religions and that was given by God to humanity in antiquity.

The Seven Hermetic Principles are:

Goetia is a practice which involves the summoning of angels and/or demons in specific rituals. The word came from the 17th-century grimoire The Lesser Key of Solomon. It describes the calling of seventy-two demons. The book was edited by Aleister Crowley in 1904. It was then called The Book of the Goetia of Solomon the King.

The word comes from the Greek: γοητεία goēteia, meaning “sorcery”.

Kabbalah is the ancient Jewish mystical tradition which teaches the deepest insights into the essence of G‑d[2], His interaction with the world, and the purpose of Creation. The Kabbalah and its teachings – no less than the Law – are an integral part of the Torah. They are traced back to the revelation to Moses at Sinai, and some of them even before. The Kabbalah itself teaches that its study is an important method for helping to advance the final Messianic redemption and perfect the world.

There is also Hermetic Kabbalism, which is the study of Kabbalah by non-Jewish scholars. It is an eclectic mixture of Christianity, Hermeticism, Neoplatonism, Kabbalah and Renaissance humanism.

Over the centuries it has developed in many directions, with strong influences from Freemasonry and Rosicrucianism It has also has continued input from Jewish Kabbalah which has meant that many variants are not so different in spirit from the original. Its greatest strength continues to be a strong element of religious humanism – it does not attempt to define God and does not define what an individual should believe, but it does assume that some level of direct experience of God is possible and there are practical methods for achieving this.

In a modern world of compartmentalised knowledge, scientific materialism, and widespread cultural and historical illiteracy, it provides a bridge between the spirit of enquiry of the Renaissance (the homo universalis or – in Hebrew – hakham kolel) and the emergence of a similar spirit of enquiry in our own time.

Throughout your studies you may come across the terms Left Hand and Right Hand paths. You may even ask yourself “Is the Temple of Chrysalis a Left or Right Hand path?”

These terms are used to explain the dichotomy of the two opposing sides of magick.

It can be argued by some that a Left Hand Path is the path of “evil”,  equated with malicious black magick and black shamanism and the Right Hand Path is the path of “good” benevolent white magic. But as with all binary definitions it is not as simplistic as that. (And lets not even go there with the racist connotation of bad=black, and good=white!)

However, a more nuanced explanation is that the LHP is the path of the Rebel, They will reject societal conventions and the status quo,  in a search for spiritual freedom. LHP followers tend to embrace magical techniques that would traditionally be viewed as taboo, for instance using sex magick or embracing Satanic imagery. A LHP will question religious and moral norms, asking themselves questions to free themselves from the mundane conventions of the world, instead looking for some form of personal anarchy, which includes anything that “normal” society frowns upon.

The RHP is generally seen as the accepted form of magick and religious beliefs, and tend to have the following similarities.

They adhere to a specific moral code and a belief in some form of judgement, such as karma or the Threefold Law. 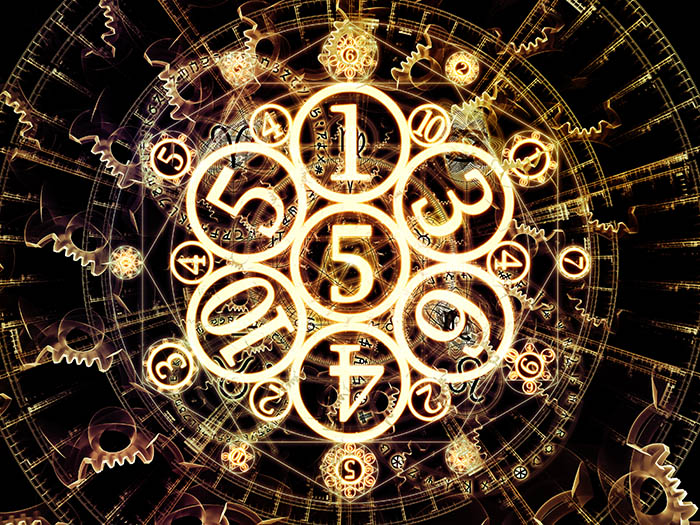 Numerology is any belief in the divine or mystical relationship between a number and one or more coinciding events. It is also the study of the numerical value of the letters in words, names, and ideas. It is often associated with the paranormal, alongside astrology and similar divinatory arts.

For example, everyone has their own personal number, and the way you calculate this it to either add up all the numbers of your date of birth.

So from my birthdate, I have extrapolated that my birth number is 4, and I can find numerous guides to tell me what being a number 4 person means.

The same system can also be used with your name.

Today it is embraced by a variety of occult groups including the Ordo Templis Orientis (O.T.O.) and Argenteum Astrum (A.A.), the Order of the Silver Star.

Thelemites strive to ascend to higher states of existence, uniting oneself with higher powers, and understanding and embracing one’s True Will, their ultimate purpose, and place in life.

The main tenets of Thelema are:

The Law of Thelema

“Every Man and Every Woman Is a Star.”

Each person possesses unique talents, abilities, and potentials, and none should be impeded in seeking out their True Self.

“Love Is the law. Law Under will.”

Each person is united with his True Will through love. Discovering is a process of understanding and unity, not force and coercion.

We would recommend that our members research any of these areas that they are interested in, as there is a huge amount of information available on all these topics.

[1] Occultists and magickal practitioners tend to use the K in magick to differentiate from what it know as theatre magic, (like Siegfred and Roy, David Copperfield and Penn and Teller.) However, there is a chance that you are confused to be a Thelemite; the word magick was a creation of Aleister Crowley, and the meaning is deeper than just the separation from stage magick.

[3]“Thou Wilt” here means to live by ones own true will. 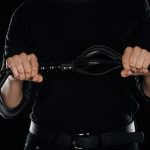 A word about self-punishing 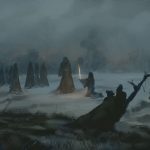 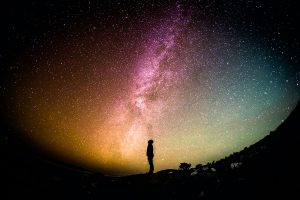 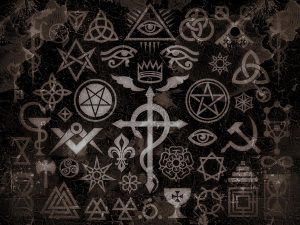 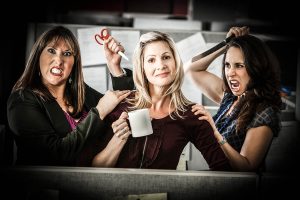 How to deal with coworkers’ envy – Ask Luminary